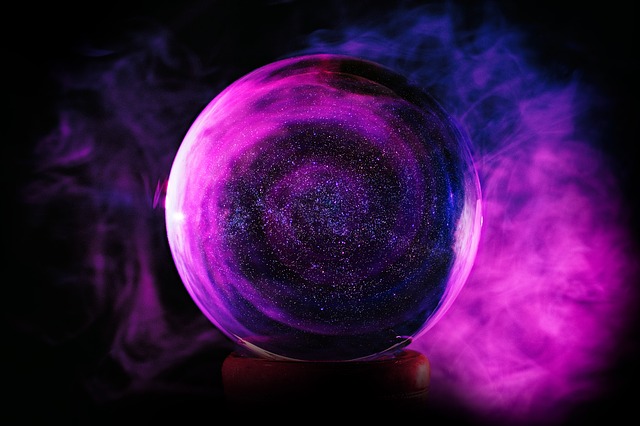 1. In 2010, Google AdWords will announce a procedure for “hearings and fair trials” for banned advertisers. This will enable them to play “Good Cop-Bad Cop” with you if your accounts get shut down.

WRONG. In 2019 Google nuked alternative medicine… and tax attorneys and IRS negotiators on organic AND paid ads. No Good Cops. No justice for the masses. Google is Big Brother.

2. Twitter will get sold to a larger company for less than the $500 million they turned down from Facebook in 2009.

WRONG. Twitter went public. Their market cap is $25 billion. It’s the channel of choice for El Presidente to entertain the world.

3. The next rage in pay per click is cookie-ing visitors on your site and then having targeted contextual ads “stalk your prospects” on other sites as they surf the Internet. Jonathan Mizel will cover this extensively in a January 29 teleseminar.

4. By 2014 the newspaper will be drastically different than it is now. Most local papers will have vanished; large pubs will consolidate down to just a few like the New York Times, USA Today and the Wall Street Journal. Sorry, but there’s no need for 200 different newspapers to all be running the same stories from the wires; it’s duplicate content. Meanwhile a minority of high-traffic bloggers will be identified as doing better research with better reporting and less bias than the traditional media.

5. The music industry is headed in the same direction. The bands that succeed during the next 10 years will be the ones who figure out how to connect directly to their audience via social media and direct marketing. Recently I had a conversation with a recording artist whose advance for making a CD has shriveled from $50K+ down to $15K now, because piracy and digital distribution are shrinking the pie. He can’t depend on them to bring him an audience anymore. (Does that sound at all familiar?) Neil Peart of Rush said essentially the same thing, reporting they want to do an album in 2010 but the record company won’t pay for it. The band is now in search of some other mechanism. I predict that membership and continuity models are the future of the music industry.

110% Correct. Spotify has over 100 million subscribers. Many artists have private memberships and apps that stream music that’s not available on Spotify and iTunes. Example: Neil Morse, a progressive rock artist who consults with Planet Perry member Paul Braoudakis, gets excellent take-up on his $7/month “Waterfall” membership.

6. There will always be demand for excellent content, regardless of what happens to TV networks, record companies, etc. Case in point: DVD and iTunes sales of TV series like “24” and “Lost” are strong, because those shows are superbly produced. I bought the first four seasons of 24, myself. The worst place to be in media is in the “expensive bureaucratic mediocre middle.”

110% Correct. Binge-watching and paid programming have taken over. Traditional broadcasters are the bureaucratic mediocre middle and are in free fall.

7. I gave away some Amazon Kindles for Christmas this year, and electronic books are most definitely on the rise. Electronic readers are awesome, they’ll become the norm, and the future is not bright for traditional printing and publishing models. However… excellent magazines and books will NEVER disappear. Ever.

75% Correct. Ebook sales are 25-30% of print book sales. Self publishing has become the norm in some niches. Most book publishers are living on fumes. Physical books show no sign of disappearing.

8. The traditional HTML website site hand-crafted by an HTML editor and uploaded via FTP is fast becoming a relic, replaced by Content Management Systems and platforms like WordPress and Joomla.

9. There is a small, vocal minority of people that insist that in biology, evolution is entirely purposeless and random. This crowd dominates the current academic scene and cooks up anti-scientific theories like “Junk DNA.” My professional experience in our fast-evolving, “Darwinian” online world tells me, evolution is supremely intelligent, NOT random. The intellectual Berlin Wall of 19th century Darwinism will crack in 2013. A 21st century version of evolution is coming, one that doesn’t sneer at religion. I blogged about this last week.

110% Correct. In 2012, the “ENCODE” project shoveled dirt on “Junk DNA.” Then in 2014, “CRISPR CAS9” gene editing, the biggest genetics story of the decade, was discovered… in what had formerly been shrugged off as “Junk DNA” in bacteria.

In 2016, the Royal Society held a revolutionary conference calling for new models. Today, the old-school (Richard Dawkins, Jerry Coyne, Daniel Dennett) refuse to debate or even engage with the new-school (Eugene Koonin, Denis Noble, James Shapiro). No prominent scientist is willing to defend old-school Darwinism in public today and evolutionary biology is in a massive state of flux. This is not ivory tower stuff. It’s eminently practical and will affect everything from cancer treatments, to viruses and aging, to economics and AI. And Evolution 2.0 is the world’s largest science research prize, ten times bigger than the Nobel… announced in May 2019 at the Royal Society.

10. Wikipedia will silence its critics. Obviously it’s immensely practical and it’s worked, having entirely replaced the traditional encyclopedia. However, vandalism is a constant problem for some categories. Wikipedia has always had a reputation for smearing controversial people and topics. But they’re cleaning up, and for the most part doing an excellent job. I made a donation for the first time the other day and I think Wikipedia has made a huge contribution to the speed of getting research done. Nothing has done more for bringing the Open Source movement to the masses.

50% Correct. Wikipedia has cleaned up its act and is solidly mainstream. Some corners of Wikipedia are still mob rule, however.

Verdict: Wrong on two. Nailed six. Close on one, partial credit on another.  78% RIGHT