If you asked a bunch of people what Richard Koch’s Superpower is, most would say: 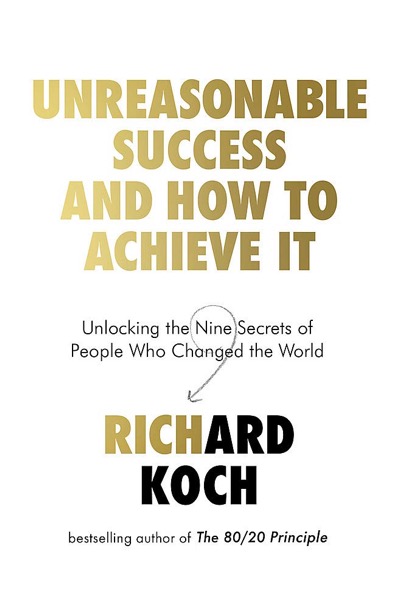 All true, as all who attended the legendary Star Seminar in 2014 can attest.

But none of those are IT.

You know what I think “IT” is?

It’s his ability to examine a million situations, each of which has 10,000 “factors”, and distill them down to THE ten factors that all million have in common… and which of the other 9990 are just “noise.”

Richard simplifies things to their irreducible essence. That’s what 80/20 Principle did; it’s what Star Principle did. It’s what SIMPLIFY did.

“There are exactly nine factors that nearly ALL uber-successful people share in common, from St Paul to Madonna, from Winston Churchill to Bob Dylan, from Vladimir Lennon to Steve Jobs.”

Richard’s nine factors, profiling of titans of history, are fascinating and highly instructive. This book is so good I gifted copies to all my Roundtable and AMN members.

If you want to change the world… if you wanna put a big dent in the universe… you must read this book.

Pick it up here

I’ve only had it for a month or two but my underlines and dog-ears are everywhere.

P.S. This book is NOT just about financial success or stardom. Bezos is there, as is Bill Bain. But it also includes revolutionaries like scientist Marie Curie, Leonardo da Vinci and Nelson Mandela. Richard studied history in school, and it really shows in the thoroughness and depth with which he treats this material.