I had been immediately struck with an insight: “80/20 isn’t just a theory about ‘Group A’ and ‘Group B,’ it’s a calculus formula. It’s a ramp-like curve. It’s infinite, and it’s fractal.”

I was rolling it around in my mind, trying to figure it out. Just two days earlier, something else remarkable happened.

I’d hosted a single teleseminar, which generated over $11,000 of sales in one hour, which at the time was an almost miraculous amount of money.

I was thinking, “How could I use my business to help Alan’s project in Mozambique?” A relative was building a school there for children. Mozambique was the 18th poorest country in the world—most people there existed on a dollar a day, and those kids had nothing. So all day long I was thinking about two things: 80/20 math and Mozambique.

That night my wife encouraged me to go hear some music at our church. The music is playing, and I’m a million miles away—in la-la land. I’m dreaming of 80/20 formulas and thinking about Mozambique, and . . . 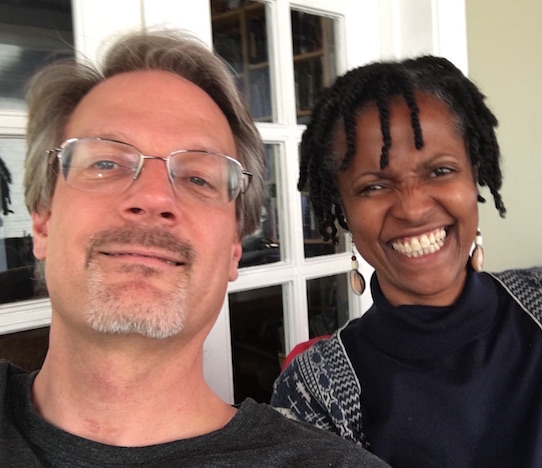 Out of the corner of my eye, I see a woman making a beeline for me. I’ve never seen her before. She marches right up to me, sticks out her hand, and says “Hi, my name is Vivian, and the Lord gave me a word for you.”

Huh?? I’ve heard of stuff like this but never experienced it.

She says, “The Lord told me that you are very, very good at math, and you are working on some kind of formula, some kind of equation. Some kind of . . .” she struggles to find the right word “. . . invention.” I look around. How many people in this room are trying to solve a math problem — right this minute?

OK . . . she got the math part right. Invention is even the right word for it. Not too many people listening to this hippie music gig could possibly be inventing math formulas right now. But how did she know I had a business?

I stared at her, overcome with emotion. I said, “If you only knew.”

She flashed me the brightest smile you’ve ever seen, pointed up in the air and said, “He knows!”

Then she turned and walked away. Just like that.

I’d heard rumors of such things, but suddenly this had happened to me. No honest statistician could chalk that up to coincidence. A “Memo from the Head Office.” Unmistakable. I’d been entertaining doubts about God, but I’d have to be in abject denial to shrug this off.

I continued to chip away but kept coming up empty, over and over. I would search the web and couldn’t find anything quite like it. I rolled it around in my mind. I’d work at it, put it on the shelf, then come back every now and then and try again. Time passed.

Three years later, I was sitting in a Roundtable meeting, refereeing a dozen wooly entrepreneurs who act as each others’ informal board of directors. I was doodling on a scratch pad. Epiphany! Suddenly I saw how to set up the equations. The 80/20 Power Curve was born.

It went through several iterations. For years I used it for myself and with clients to make predictions and solve problems. It evolved into the 8020curve.com tool you’ve seen in my 80/20 Sales & Marketing book.

A few months after that day in March 2003, my business hit the proverbial “hockey stick.” 500 percent growth in two years, a magic carpet ride with books selling like crazy and speaking invitations were rolling in.

Much later, I remembered what Vivian had said and wondered: “Did anything interesting happen that week?” I combed through some old emails. On the previous Tuesday, Ken McCarthy had sent me a note: “Perry, I need someone to speak at my seminar on Google AdWords. I think that person should be you.”

At the time, Ken’s System Seminar was Action Central of the online marketing space, a magnet for the best and brightest. The conference accurately forecasted every major trend in internet marketing from email marketing to video to mobile.

I had never seriously considered writing about or teaching AdWords until Ken’s invitation came. AdWords was new and few people understood it. I wrote the very first version which evolved into Ultimate Guide to Google AdWords, and offered it at Ken’s seminar.

Shortly after that, Google went supernova. Nobody at the time had any idea that this eccentric, idealistic company from Mountain View, California, was about to become the 800-pound gorilla of the internet. My career lurched forward. I never imagined that my new book would eventually become the world’s best-selling book on internet advertising.

That one speaking invitation, which came three days before I met Vivian, put me on the map. I was prepared, I had honed my marketing chops, and my business exploded—just like she had predicted.

Do you need help growing your business? Just ask.

UPDATE TO THE STORY: Harvard Business Review Italia published the math for the 80/20 Curve (as described above) in June 2018. There’s an amazing story behind this too:

Every morning I spend the first hour of my day freewriting, using my journal as a place to ask questions and pray and get myself sorted out before the day begins. 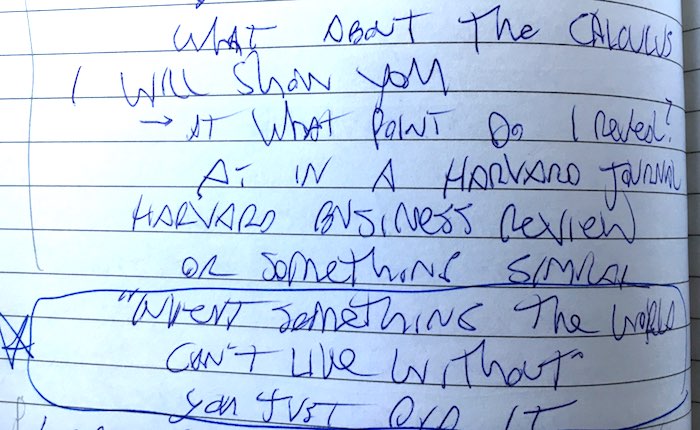 Q: “What about the calculus?”
A: “I will show you”
Q: “At what point do I reveal?”
A: “In a Harvard Journal. Harvard Business Review or something similar. ‘Invent something the world can’t live without’ [which is a goal that was written down on my bucket list] You just did.”
.
I had forgotten about having written this here. I found it just a few months ago when I was looking through some old stuff. However, I had remembered the idea of waiting to publish it in HBR. Prior to June 2018 it hadn’t been published anywhere.
.
In 2017, Performance Strategies in Italy contacted me and asked me to speak at their 2018 conference in Milan. I agreed. A few months later they sent me an email. “We’re featuring all of our speakers in Harvard Business Review Italia. Would you like to write an article for HBR?”
.
Yes of course I would, so I included the 80/20 Curve math formula in the sidebar.
.
This completely dropped in my lap. Just to be clear, prior to this invitation, I had zero connections to Harvard Business Review. Their world pays no attention to mine and vise versa. Certainly one of the most serendipitous things that’s ever happened to me.
.
Also: Around the same time, I got an email from an engineer at NASA’s Jet Propulsion Labs at CalTech in Pasadena. He said he was teaching the 80/20 Curve in one of their productivity courses and was asking for graphics from the book. Of course we were happy to give him permission.
–
P.S.: In the video at the top of the page, near the end you can hear wind and rain in the background; then you can hear someone shouting “The doors blew open!”
–
This talk was given at the Danada House in suburban Chicago just before 5pm on May 9, 2018. Danada House has huge windows on each side and it was a sunny day.
–
When I began telling this story, it grew dark outside and started raining and hailing. The hail got so loud I had to speak louder. At around the 10 minute mark on the video, the wind blew the doors open, and when I got done (about a minute after the video ends) the sun came out again.
–
Over 200 clients from all over the world were there attending my “Rosetta Stone” business seminar and can attest that this occurred exactly as I describe it.

6 Comments on “The Story Behind The Story”