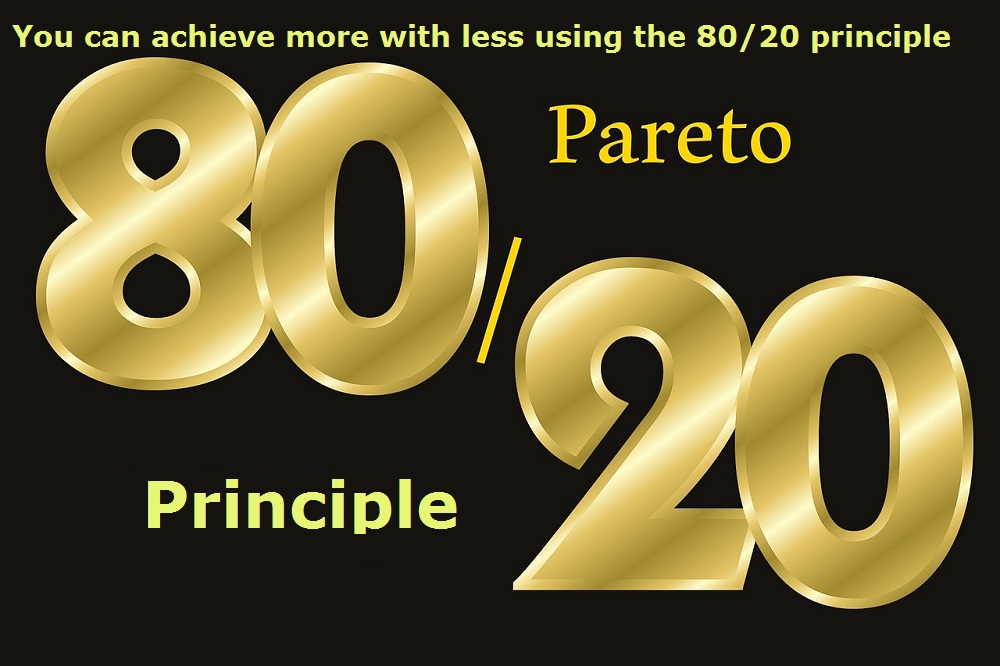 And the thing is, gravity P-U-L-L-S us down to the $10 per hour stuff. Naturally. Our instinct to “keep busy” (which you probably learned in school) traps us in nearly useless activities that don’t further what we really want to do in the world.

We would tend to classify a person who makes $100,000 per year as successful.

Yet they still waste most of their time.

You can verify this for yourself; all you have to do is watch people closely. Even highly paid executives waste large spans of time on low-value activities.

For a secretary, $10,000-per-hour opportunities do exist, but they aren’t exactly plentiful. But you’re in sales and marketing. Maybe you even own the company.

If you strongly influence sales in your company, $10,000 per hour opportunities are everywhere around you. Which means if you’re making less than $100,000 per year, you won’t be for long if you follow the 80/20 principle.